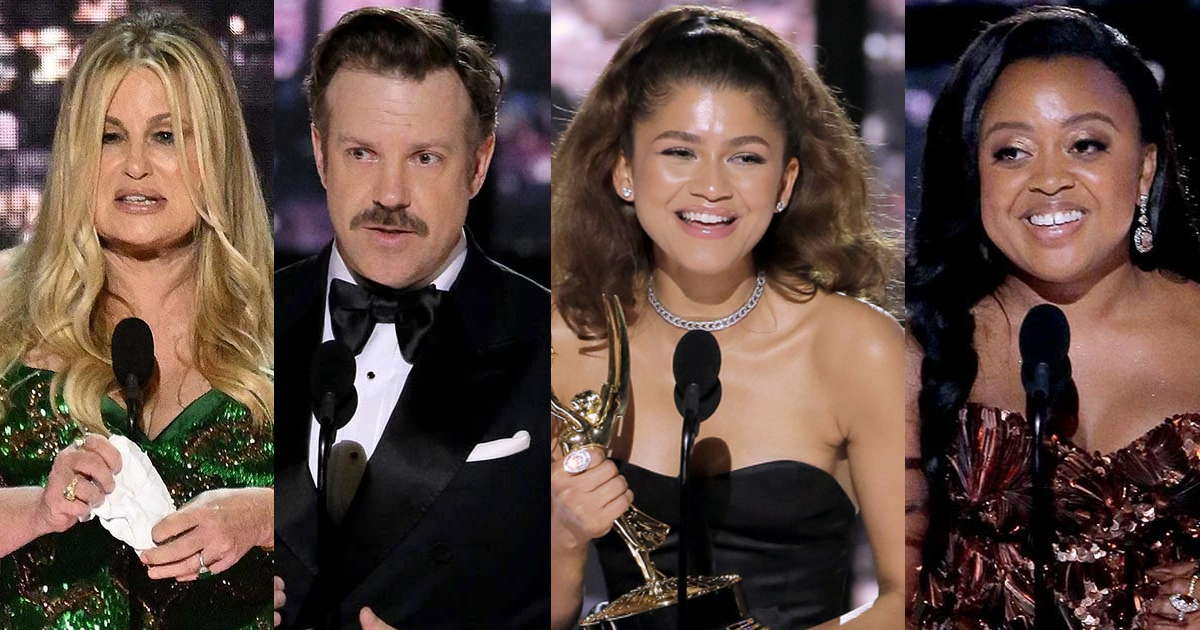 Ted Lasso and Succession both won first place in their respective categories of comedy and drama, respectively. Succession, which received the most nominations of the evening, had three awards, while Ted Lasso took home four overall victories at the ceremony.

Sheryl Lee Ralph’s joyful best-supporting-actress-in-a-comedy victory for Abbott Elementary, created history. She literally shouted out her acceptance speech, and with good reason:this was Ralph’s first Emmy nomination after a lengthy career.  Zendaya, who just turned 26 and received her award for outstanding lead actress in a drama for Euphoria, also set a milestone. She is now the youngest two-time acting winner in Emmy history.

More winners include Lizzo, who is halfway to an EGOT after her tearful win for outstanding competition series, Michael Keaton, who received his first Emmy, Squid Game, who received two awards, and Julia Garner, who received her third award for her portrayal of her character in Netflix’s Ozark.

“Abbott Elementary”
“Barry”
“Curb Your Enthusiasm”
“Hacks”
“The Marvelous Mrs. Maisel”
“Only Murders in the Building”
“Ted Lasso” *WINNER
“What We Do in the Shadows”

Outstanding lead actor in a limited series or TV movie

Outstanding lead actress in a limited series or TV movie

Outstanding supporting actor in a limited series or TV movie

Outstanding supporting actress in a limited series or TV movie

“The Amazing Race”
“Top Chef”
“RuPaul’s Drag Race”
“Lizzo’s Watch Out for the Big Grrrls” *WINNER
“The Voice”
“Nailed It!”