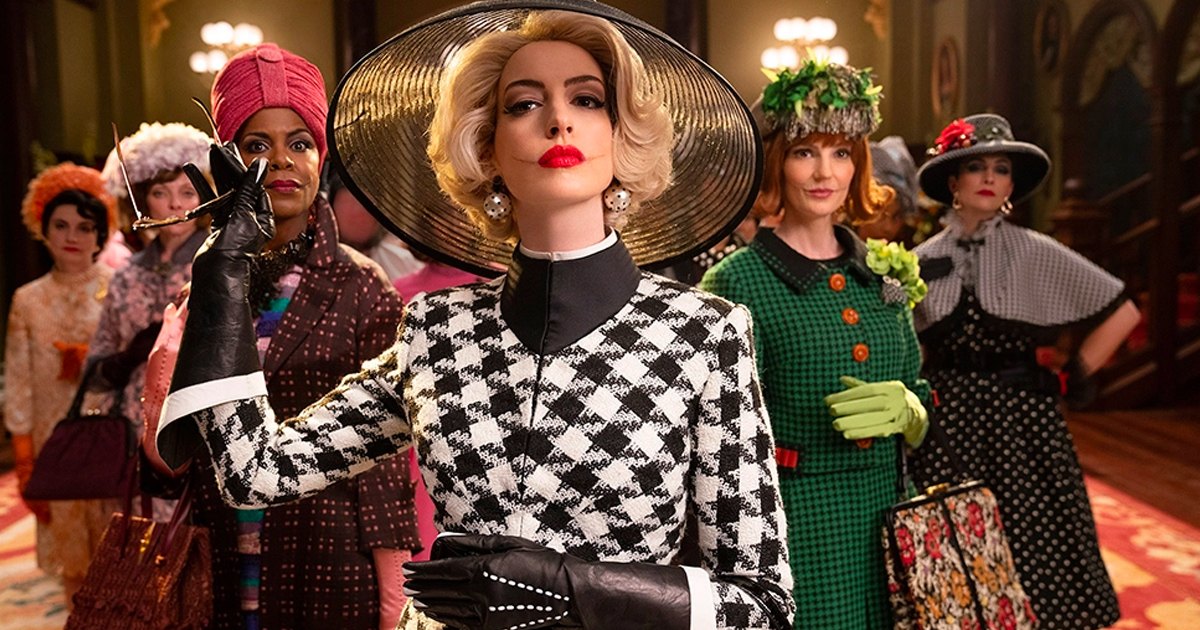 There is an incredible amount of talent involved in this new take on The Witches. Not only is there an Academy Award winner at the helm in Robert Zemeckis, count fello Oscar winner Alfonso Cuaron among the producers. What’s more, the screenplay is co-written by Kenya Barris and Gulliermo del Toro (another one with Academy hardware), alongside Zemeckis. That creative talent, as well as a cast that includes Anne Hathaway, Chris Rock, Octavia Spencer, and Stanley Tucci, is a recipe for success. Unfortunately, in this case the soup is rotten. Devoid of personality and more interested in CGI mice than finding something new to tell in this classic story, it’s a real misfire. It’s hard to see who this was made for, as just about any age group will be let down by what’s coming this week to HBO Max.

The Witches completely lacks the personality of either Roald Dahl‘s beloved children’s book or Nicolas Roeg‘s 1990 adaptation of the same name. Coming 30 years after that film, this movie just updates the technology and Americanizes it (with some welcome diversity, at least). However, it never brings anything truly new or exciting to the proceedings. Everyone is just going through the motions, and it trickles down to the audience in short order.

Robert Zemeckis is officially in a big time slump. Just look at his recent output. Welcome to Marwen was rough (and another bizarre adaptation choice from Zemeckis). Allied should have been better. The Walk is solid yet never caught on. Flight would have vanished without Denzel Washington. A Christmas Carol, Beowulf, and The Polar Express were motion-capture messes. You have to go back to Cast Away, two decades ago, for his last undisputed hit. The Witches won’t be changing that, either. How far the once mighty have fallen.

Like in the classic novel, this is a look at witches and the children they despise. In 1967, a young orphan (Jahzir Bruno) goes to the small Alabama town of Demopolis to live with his grandmother (Spencer). Grandma is a loving woman, slowly bringing the boy out of his shell. One day, while out shopping, they come across a witch, which terrifies the child. Grandma then tells him the story of how she encountered a witch as a young girl, as well as what witches are truly like. Aiming to avoid the presence of witches in the town, Grandma whisks her grandson away to a fancy seaside resort. There, they plan to relax in safety, though shortly after they arrive, a group of women arrive for a meeting. Of course, they turn out to be witches.

Running around the hotel, the boy discovers that the group is led by the Grand High Witch (Hathaway), with a plan to turn all of the world’s children into mice. Falling victim to this plan, he and some new child/mice friends must find a way to warn his grandmother, as well as foil the witches’ plans. An adventure unfolds, designed for modern audiences yet set in the 1960s.

The cast are left on an island here, opting for a number of different performance styles. The children are bland, while Octavia Spencer and Stanley Tucci seem bored in paycheck roles, with the same going for Chris Rock’s narration. Anne Hathaway goes big, with an accent and wild gesticulations, but it doesn’t make up for a too thinly written villain. She brings nothing to the role Anjelica Huston made so memorable three decades ago. They’re not even swallowed up by CGI. It’s just a blandly executed concept.

Zemeckis shows no feel for the material, either with the script he penned alongside Barris and del Toro, or the direction, which leans more into CGI than character. For all the money, it seems like getting to play with the kids as CGI mice and some effects work on the Grand High Witch occupied more of his interest than the actual story. How else do you describe the indifference given to it all? The same goes for Barris and del Toro (I suppose Cuaron was smart to stay away from helming or writing), who bring nothing to the table. The work is so beneath them, it boggles the mind.

The Witches isn’t actively bad, but it does feel like a waste of time. Everything is met with more or less a shrug, and that’s a shame. Someone like Robert Zemeckis should have made this a visual feast. Someone like Guillermo del Toro should have made it weird and wonderful. Instead, it’s just middling and indifferent. In a way, that’s actually worse.

Joey Magison is the owner and editor-in-chief of Awards Radar. For nearly a decade and a half, he served as a writer at The Awards Circuit (even back when it was still called The Oscar Igloo). A member of the Critics Choice Association and a Rotten Tomatoes certified critic, his work has been quoted on FYC award screeners, in press materials, trailers, and more.

The Witches isn’t actively bad, but it does feel like a waste of time.