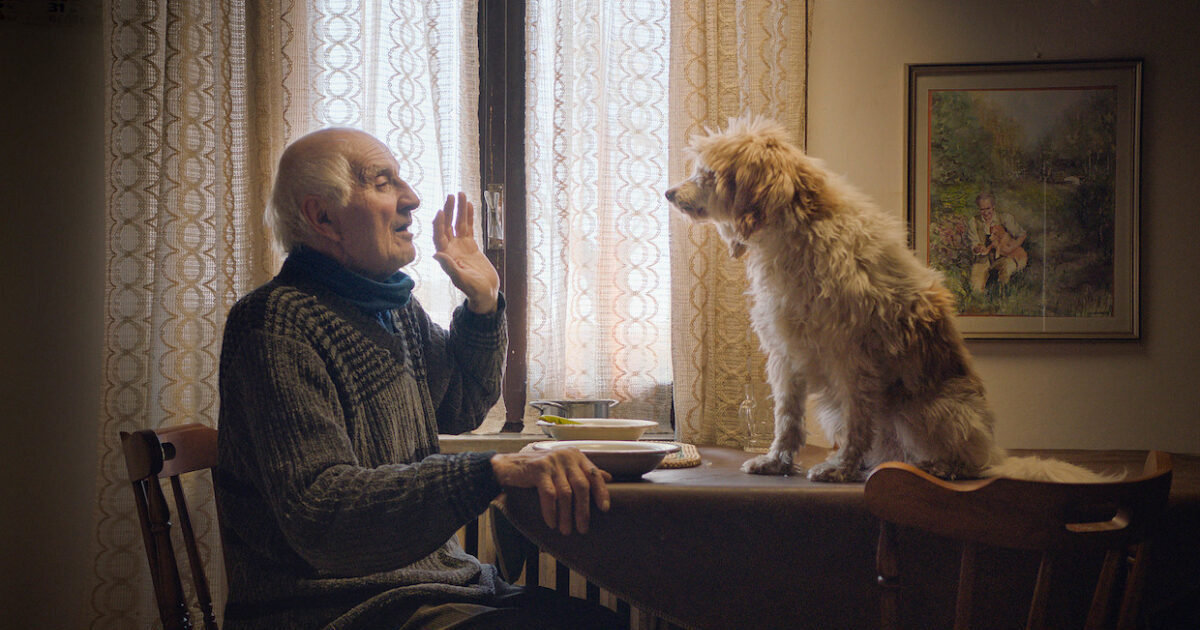 Truffles are a bit of the mystery. While many people have heard of them, only a fraction seem to really know what they are. Some people confuse them with the chocolate confectionary whose name actually derives from the from edible fungi due to their resemblance. Others pretend they are in the know. When the waiter at the fancy white table cloth restaurant offers them specials that “drizzled with fresh truffle oil” or “topped with shaved truffles,” too embarrassed to acknowledge their lack familiarity, they look at each other with a raised knowing eyebrow letting out a low, “mhmm, that sounds good.” Then as the waiter leaves they ask each other, “what is a truffle exactly?” (Usually followed with an, “I think it’s a mushroom).

Then there are those who adore them – well, they say they do. While often accused of only doing so since because that’s the sophisticated stance to take, they insist they love the rich, earthy, flavor. Is it all an act? The Big Truffle Lie? Or, do epicures honestly hold a deep passion for the distinct flavor. In the end, it does not really matter. With prices topping $8000 a pound, the truffles are destine to remain a culinary mystery that is not leaving us anytime soon. That is unless no one can locate these black pearls of the culinary world.

The documentary, The Truffle Hunters from filmmakers Michael Dweck and Gregory Kershaw mostly avoids the value or qualities of the truffles themselves, instead focusing the lens on a eclectic group of men whose live’s passion it is to hunt down the hidden treasures. Truffles grow underground and are difficult to find. These men, mostly in their 70s and 80s are the guardians at the gate for the elusive Italian white truffles. The secret of their locations are known only to them and in most cases, will are held close to them, much to the chagrin of many from family members to the truffle brokers that want to get their hands on the fragrant diamond. 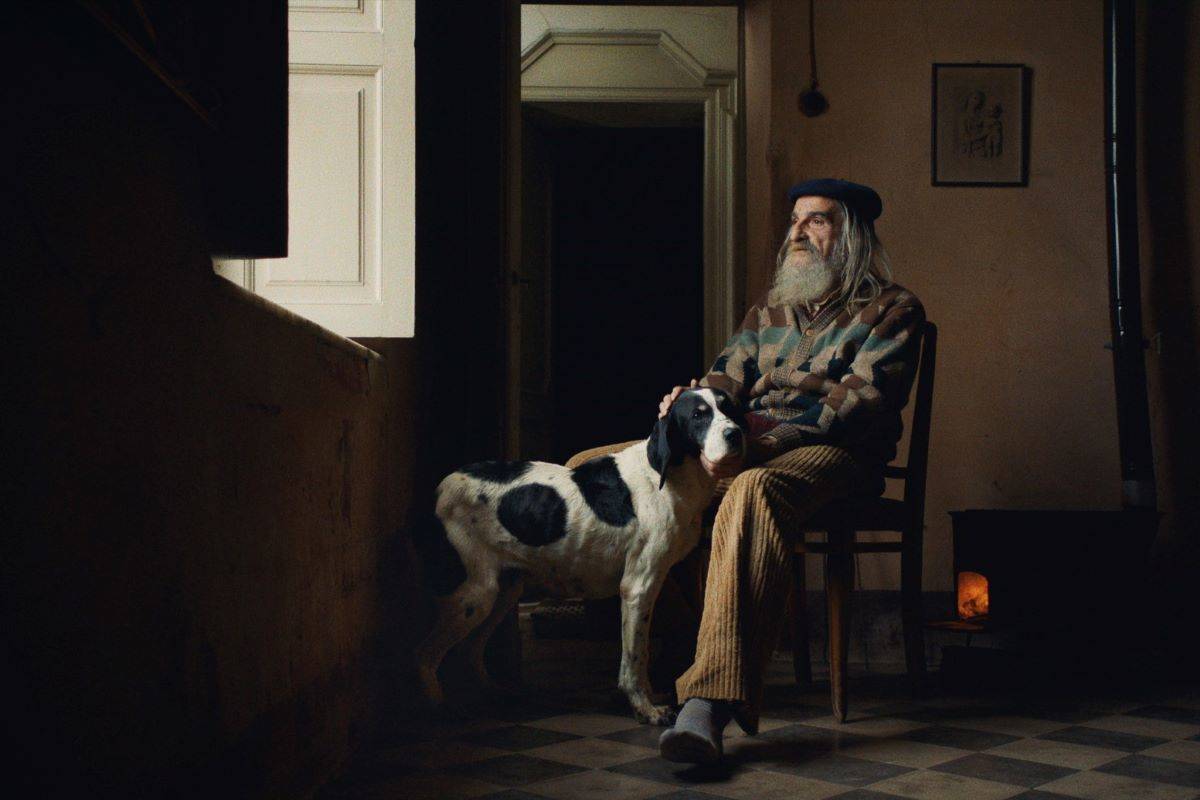 The documentary is quite enchanting, taking us on the hunt for truffles with these men and their faithful dogs. Each of the men has their own story that makes them feel more like works of fiction than the real folk. I will say this and mean it in the kindest of ways, each gives off a troll or gnome vibe – some sort of mythical creatures tasked as the guardians of the truffle secrets. This is not just because of the task they have committed themselves to but also their physical traits. Long cartoonish beards, dee wrinkles, frazzle hair, bushy unkempt eyebrows, soft eyes are not uncommon – reminiscent of figures who would grace the pages of a children’s book. Honestly, if you slipped them in among the illustrations found in Michael Ende’s ‘The Neverending Story’ or Ron Dahl’s ‘BFG,’ I doubt anyone would ever notice.

Each of these men has their own stories and their own charms, oh yeah, and their own dogs. Their canine companions who often get much more love than any human counterparts are treated with the utmost respect. This goes well beyond the occasional “good boy” and rub on the head. These dogs are treated better than most of the humans counterparts. Shared meals with their owners, constant affection and even a man/dog shared bubble bath. These dogs are friends, family, co-worker and confidantes rolled into one. Dog lovers will enjoy the compassion for man’s best friend.

The other side of the truffle world is that of those who sell these rare delicacies. The handling is almost ritualistic and choreographed dance meant to hold these fungi gods in the highest of esteem. Unlike the free-flowing life of the hunters, existing in a world of earthy tones and textures that comprise the human spirit, the the world of the truffle dealers and brokers is more orchestrated with edges defined by commerce. One gentleman carries himself like some who would feel at home in The Godfather films as he sorts the truffles narrowing it down to the finest of the bunch. Two very different sides of the same coin. 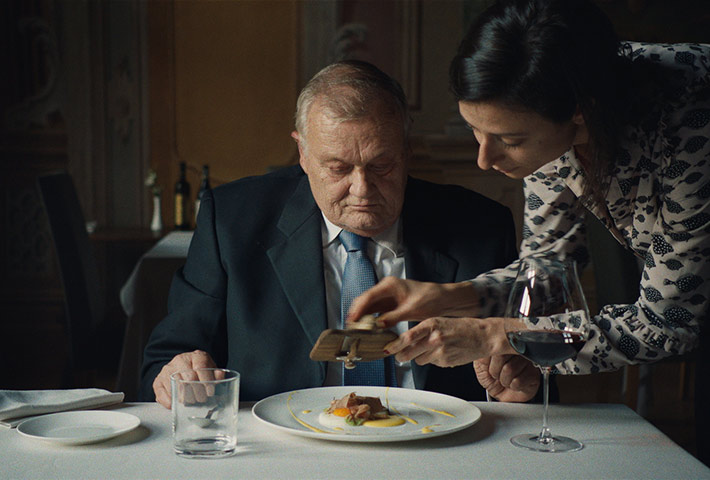 The film is masterfully shot, a wealth of muddied hues, bold colors and a plethora of textures. Kershaw and Dweck’s cinematography captures the exquisite beauty of northern Italy and those interior shots are a visual treat for the eyes. Again, they feel torn from the ages of a book – this time an Italian iteration of a Norman Rockwell coffee table book. Draped in natural light that feels so visually inviting, you will want to pull up a chair. The only time I recall being jolted from the spell cast by the cinemaothrahy. It was a scene where the camera was attached to a dog as they hunted down truffles – providing dog point of view. If is fast, frantic, and too planned for my taste. Give me a long quiet take instead any day.

The stars of this film are the truffle hunters. Even with the subtitles off, their spirited enthusiasm and quirkiness jumps off the screen. We get a glimpse of their unique slice of life that feels so foreign and relatable at the same time. The loner, the rocker, the long married husband who both respects his wife while not hearing a word she says. This short visit with them is an enjoyable one. I laughed, sighed, smiled and appreciated  watching these endearing old men and their dogs. They are a connection to a stubborn past that clings on as the world that seems determined to modernize and move on.

The Truffle Hunters is delightful visit with some unique old souls. If its cast of characters doesn’t grab you the gorgeous cinematography certainly will. It is so meticulously shot and these quirky gents are so colorful, it often feels like a work of fiction rather than a documentary. Foodies will enjoy it, dog lovers will adore it and anyone who ever had a kindly old grandpa may want an extended visit. It isn’t an ‘important’ film and you probably will not walk away learning much, but the richness of its irresistible flavor will linger long after.

The Truffle Hunters is delightful visit with some unique souls. If its cast of characters doesn’t grab you the gorgeous cinematography certainly will. It isn’t an ‘important’ film and you probably will not walk away learning much, but the richness of its irresistible flavor will linger long after.