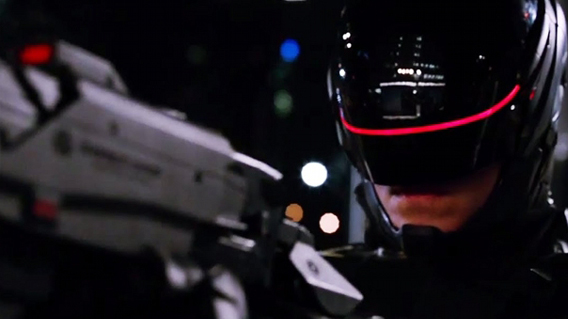 It’s 2014 and we have ourselves a new chunk of film that isn’t new intellectual property or IP as us nerds like to call it (I know you’re surprised). This time it comes in the form of a very special childhood favorite, RoboCop. Far from it’s 1987 roots ( which was done by the nearly clinically insane but somewhat brilliant Dutch director Paul Verhooven) this RoboCop is more or less a social commentary on the world of the now (and near future) as the original was a satire of the yuppie crazed and power hungry Reaganism of the 1980’s.

Played by Joel Kinnaman of AMC’s ‘The Killing’ (a show that filled the void if you missed Breaking Bad and had to wait for the midnight encore ) this RoboCop focuses more on Alex Murphy’s family and his humanity. It was actually done pretty well this time around. They completely changed the gender and race of his partner, Lewis played by Michael K. Williams but I didn’t mind it because his performance was great.

Abbie Cornish was the weakest link in this film. Playing Murphy’s wife, she was more of a robot than RoboCop and was just naggy and whiny the entire time. As far as acting and screen time is concerned, Gary Oldman stole the show in every scene he is in and I’m glad they changed up the script to give him more screen time. Michael Keaton and Samuel Jackson were also highlights of this film for the sake of general fun. The action sequences were long and filled with… well, actually not filled with blood at all. When I think RoboCop I think squibs and gore… this remake had none of that. It took itself a bit too serious and like an old cold Buick also built in Detroit, it took a bit too long to get started.

In conclusion I’d say that this remake was entertaining but lacking the heart and soul of the original. Maybe if it was called something else like “Copper Bot” or “Man Borg” I’d say oh man that RoboCop rip-off was awesome. Honestly, I can’t say I’d buy this for a dollar. That’s why I downloaded it.