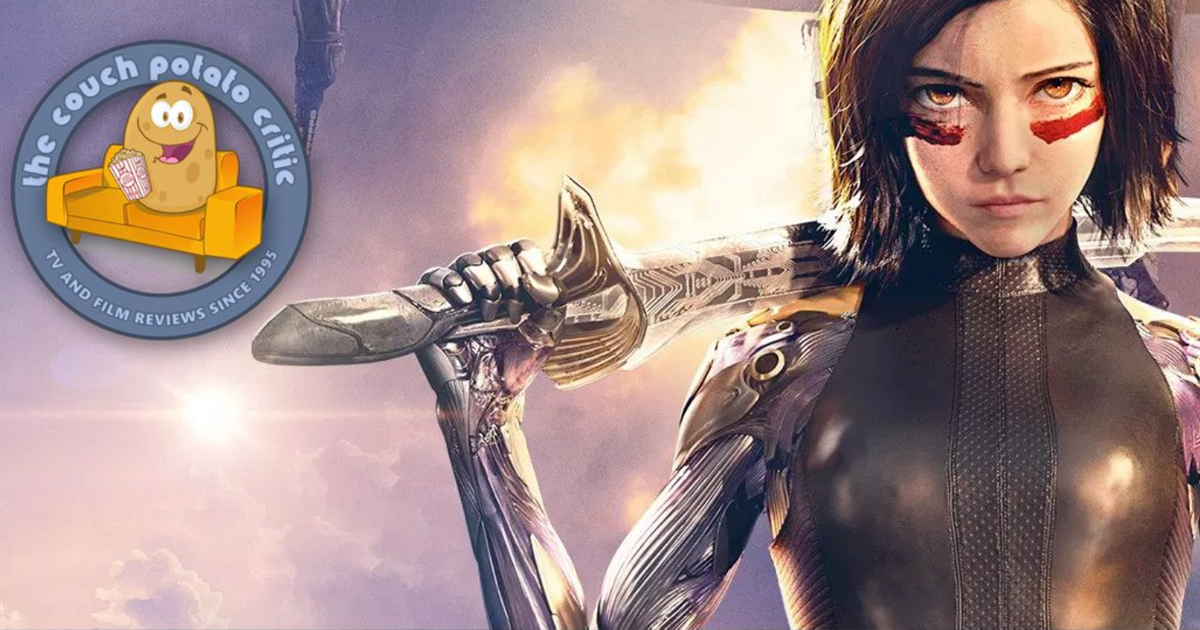 PLOT: Set several centuries in the future, the abandoned Alita is found in the scrapyard of Iron City by Ido, a compassionate cyber-doctor who takes the unconscious cyborg Alita to his clinic. When Alita awakens, she has no memory of who she is, nor does she have any recognition of the world she finds herself in. As Alita learns to navigate her new life and the treacherous streets of Iron City, Ido tries to shield her from her mysterious past.
REVIEW: Unlike the other CG laden film Ready Player One, Alita: Battle Angel is a damned good film, In my opinion, Alita: Battle Angel is the single best live action Manga film I have ever seen. And I have seen quite a few live action Manga films since the 80’s. I am hoping that this is a sign of more great things to come for us fans of Manga.
This film does suffer a few problems. the first being a need to have been fleshed out better in the relationships. Things move along too quickly to be believed, and we also don’t really get to know a few characters like we should have. The director assumes too much in this department, but it still manages to work. Also, the film suffers a bit from the “uncanny valley” with the lead character, Alita, due to her unusual Manga look and obvious CG. But, thankfully, once we get used to her look, it is less off-putting as the film progresses.
Past that, Alita: Battle Angel is a visually stunning movie, that has some beautiful cinematography shot by Bill Pope, who is the director of Photography for Spider-Man 2, The Matrix, Baby Driver, and so many other brilliantly shot films, and his work in this movie blended almost seamlessly with the computer generated environments and animation.
I really want to point out one of my favorite things in this film, which, like with the original Manga comic, there is some seriously amazing action scenes, especially the the big arena scene, which was very reminiscent and obviously inspired by the classic 1975 film Rollerball.
Another standout feature of this film is the solid performances by the cast. Everyone holds their own. Rosa Salizar in the title role of Alita was just wonderful, and her performance really comes through, despite being via motion capture. Christoph Waltz, as expected, is brilliant in his portrayal as Dr Ido. He is one of the best characters in the film. Mahershala Ali, Jackie Earle Haley, Keean Johnson, and the rest of the cast are all stupendous. Though, I must point out that Jennifer Connolly was way under utilized in her role, and should have had far more screen time, allowing her character to be better fleshed out. This falls under that complaint earlier, about not getting to know characters and their relationships better.
In the end, film director Robert Rodriguez, who has been a hit and miss kind of director over the last 25 years, showed some real skill with this film. Perhaps that is because he had producer James Cameron looking over his shoulder during the shooting of the film. Either way, he did a fantastic job with this film. Not an Oscar worthy job, but, he earned his paycheck. fact is, if this film doesn’t earn a nomination for an Oscar for the CG and effects, I will be shocked.
CONCLUSION: As much as I enjoyed Alita: Battle Angel, it was NOT a perfect film. The story was not as fleshed out as it should have been, especially in the relationships department, which I addressed in my review above. However, the movie had so much going for it, that I feel quite confident in giving this film the high score of 8 Potatoes out of 10. ????????