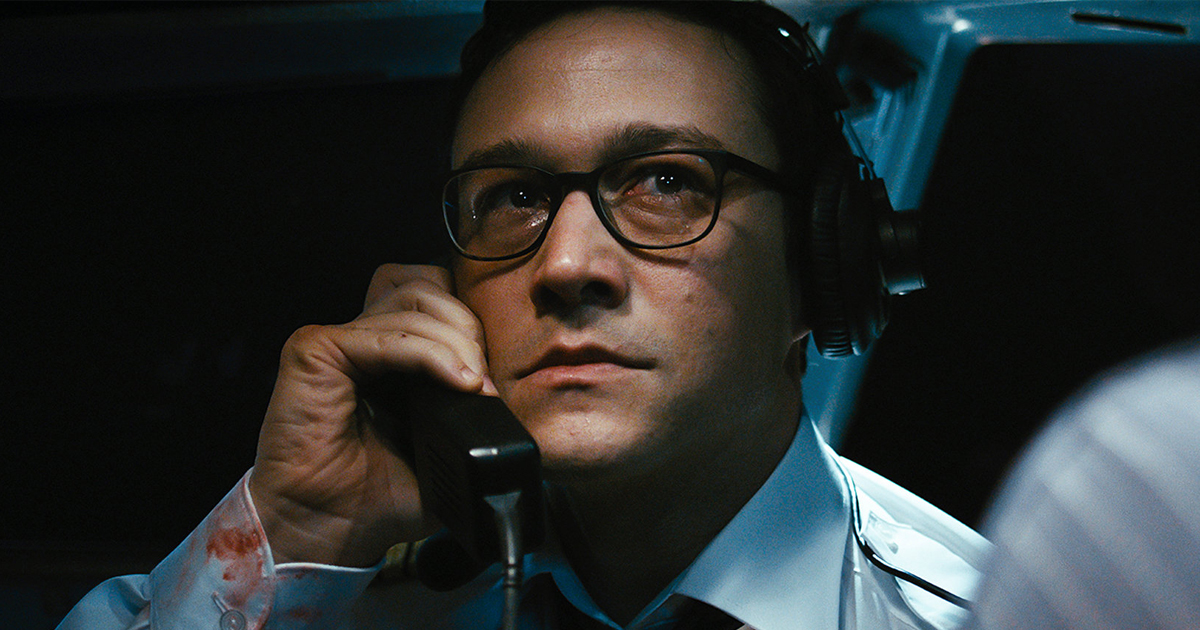 There are few places where you feel more helpless than on an airplane. No matter what the situation, there you are at the mercy of a flying hulk of metal. If something goes wrong, there is nowhere to go but down, literally. “7500” plays off those fear to deliver an intense action thriller that pulls back the throttle and doesn’t let off it.

The film marks the welcome return of Joseph Gordon-Levitt, who had all but disappeared since his title role in the 2016 film, “Snowden.” Here JGL plays, Tobias Ellis, an American co-pilot on a flight from Berlin to Paris. Alas, the flight hits turbulence shortly after takeoff as the nightmare becomes reality and the audience is held captive to see how it unfolds.

As a flight attendant enters the cockpits, screams are heard and things go to hell quickly as several men attempt to storm the cockpit. The captain, Michael (Carlo Kitzlinger), and Tobias do their best to fend them off pushing back on the door with everything they can muster. The altercation leaves the captain severely injured, an unconscious terrorist in the cockpit. Raising the stakes tremendously is the fact that on the other side of that door are not only an unknown number of threatening terrorists but also his girlfriend, the mother of his son, Gökce, (Aylin Tezel) a flight attendant working on the flight.

Writer/director, Patrick Vollrath heightens the intensity of the situation playing on our fears. The film unfolds in real-time leaving little time for the viewer to catch their breath and adding a sense of realism to the situation. He also takes a very minimalist approach to the film, which may have been done to accommodate the low budget, but it works effectively here.

The viewer is held hostage with Tobias and provided very little to free us from the tension. The entirety of the film is shot in one location, inside the confined cockpit. This helps to create a claustrophobic feel as if the terrifying situation is closing in on you. This is especially true as the hijackers continuously attempt to break down the reinforced door by pounding on it with a fire extinguisher. Since Vollrath chose to go without any traditional musical score. These constant booming thuds serve almost as the film’s score. With every pounding smash, you anticipate that door flying open and the hijackers taking control. It is nerve-racking.

The lack of swelling musical score, limited edits, and the use of “natural” light, which consists of the plane’s in-cockpit lighting and control panel, create a naturalistic feel, adding to the anxiousness. There is no break to remind us it is just a film – no cutaways, flashbacks, or subplots – just the dire captive situation that will have viewers questioning how they would handle it. The only relief comes from the voice of the air traffic control operator on the other side of the radio. That is until you realize he is helpless to fix the situation.

Gordon-Levitt does admirable work here in what, for the most part, is a one-man film. Much of his interactions with other characters is done through a microphone, giving him few opportunities to truly play off another actor – a challenge in itself. His understated performance is believable and avoids taking the film from melodrama where it would be easy to do so. You can see the anguish on his face as he is forced to make harrowing decisions where he must weigh the loss of one life to the potential loss of many. He does his best to hold the film together.

Unfortunately, the film doesn’t retain the intensity that works so well early on. It loses altitude in the second act and (forgive the pun) has a bumpy landing. It is not a total loss, in the least, but the tonal shift as the focus shifts to the hijackers is a definite downgrade from the promising first two thirds. Still, Vollrath does enough right with his first directorial outing to keep viewers pulses racing and to recommend taking the ride.

You can board this flight exclusively on Amazon Prime Video.

While the film loses altitude in the second act, the film still makes for a tense ride worth taking