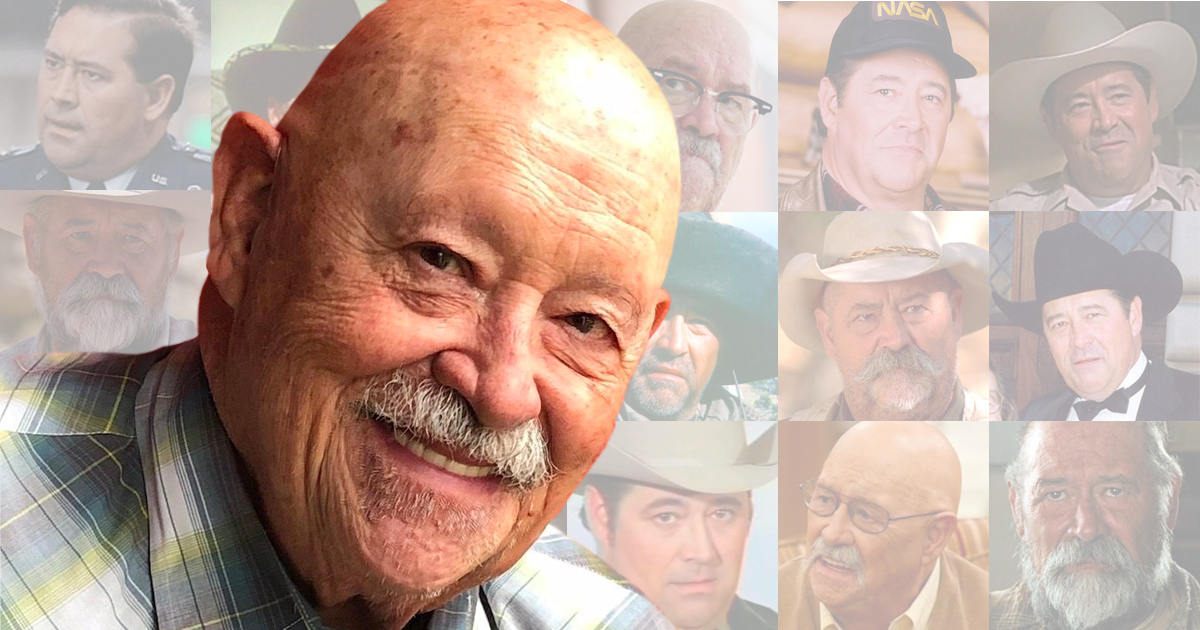 Veteran actor Barry Corbin discusses his approach to his craft, working with the Coen brothers and hippie Shakespeare

Social distancing has not been an issue for Barry Corbin. The Emmy-nominated actor spends most of his time self-quarantined at his Texas home when he’s not working, though based on his extensive body of work, there seems to be little time for relaxing. Known for roles in “Urban Cowboy,” “Lonesome Dove,” “WarGames,” “Stir Crazy,” “Northern Exposure,” “One Tree Hill,” “No Country for Old Men,” “Modern Family,” “The Ranch” and “Better Call Saul,” Corbin has accomplished a prolific career dating back to the 1970s.

Barry Corbin’s interest in acting came at a young age. “I used to love going to those B westerns when I a kid,” Corbin says. “I realized that I’d like to be in movies like that when I was about seven years old. I guess I never grew up.” Corbin would eventually study acting at Texas Tech University, where his attendance was determined exclusively on which plays were being produced that semester. “I would go to school during semesters when they were doing plays that I wanted to do, and I would take off when there were plays that I didn’t want to do,” he says. “I would go work somewhere when I wasn’t in school. I worked in oil wells, did a little bit of fence building, some plumbing. Whatever came up.”

While Corbin was sure that he could earn a living as an actor, his family wasn’t quite as confident. “I knew it was an option, but nobody else did,” he says. “My dad said ‘Well that’s a nice hobby, but you gotta find something you can make it living in.’” Corbin would eventually make a living as a stage actor, though he admits that the first professional production that his parents saw may not have been the best choice. “I worked in Chicago first and worked every contract Equity had, then I left and went to New York,” says Corbin. “I guess my dad thought I was holding up 7-11s or maybe selling dope. He didn’t know what I was doing. When I got to Broadway, he decided to take my mother to see my play. It was kind of an anti-war version of ‘Henry V,’ which is about the most pro-war story that was ever written. It was written as propaganda against the Spanish Armando that was about to invade England. ‘Henry V’ was my dad’s favorite play, but then he came and saw mine, which was all these weird hippies like the cast of ‘Hair.’ He didn’t like it at all. He said, ‘Well I’m glad to see that you’re making a living, but I don’t think that’s the play that Shakespeare wrote.’”

Corbin was happy to be on stage, but he always had his sights set on the screen. “When I started, I wanted to be in movies, but when I got into college, I got more interested in plays,” he says. “Then I ended up in New York doing classical theater until I was nearly 40. I left after the big blackout in New York in 1977 when everything was closed. All my food rotted in my refrigerator and I thought ‘Let’s get outta here,’ so we went to California.”

Corbin was able to land work when he got to Los Angeles, though it was not exactly the work he had intended. “When I got to L.A., I actually made a living writing radio plays,” Corbin says. “They had a program on National Public Radio called ‘Popcorn Theater,’ which were fifteen-minute plays airing four times a month. So, I’d write a part for myself, and I’d write one for my wife sometimes. We’d make enough money to pay the rent, then I go back to New York and do some regional theater.”

After two “nerve-wracking” years, Corbin landed his first major film role, co-starring opposite John Travolta in “Urban Cowboy,” and his on-screen career quickly took off. “I did ‘Urban Cowboy’ and I immediately got cast as as the sheriff in ‘Dallas,’ which was a big deal at that time,” he says. “It was a recurring role, so I was doing a couple of episodes a season. Then I got ‘Stir Crazy’ with Richard Pryor and Gene Wilder and ‘Any Which Way You Can’ with Clint Eastwood. All that stuff came out the same summer, so I was pretty busy there for a while.”

Since his early breakthrough performances, Corbin has appeared in over two-hundred roles, and while there are notable similarities in many of those roles, it doesn’t seem to bother him. “Well, those are the roles are being offered to me,” he says. “When some people saw me in ‘Urban Cowboy,’ they thought that I was some local guy. They had no idea that I could do anything else. I was able to play an Australian in the mini-series ‘Thorn Birds, but I mainly stay as close to me as I can because that’s what the audience expects. If you vary too much it upsets them. There are only two actors I can think at the top of my head that had successful careers playing parts that they were unrecognizable- Lon Chaney and Paul Muni. Even the character actors like Walter Brennan stay pretty close to themselves, even though Brennan played a large variety of parts.”

One part that earned Corbin universal praise was a small but crucial role in the Coen brothers’ 2007 Academy Award-winning film ‘No Country for Old Men.’ “After they called me for that film, all these old character actors told me I’d stole their part,” jokes Corbin. “They offered me the part shortly before they were going into production. My manager said he didn’t know if I would want to do it because it’s only one scene and it’s with Tommy Lee Jones, who I’ve known for a long time. He said that I might want to read it because the Coen brothers were doing it, and I had heard of the film. I started reading the script and I was wondering where Ellis comes in. I kept reading and reading and there was so much violence and bloodletting that I wasn’t sure if I wanted to do the part. Then I finally got to that scene toward the end of the script, and I went back, and I read it again. I got on the phone with my manager and I said, “Well, it’s only one scene, but that scene is the movie, so I think I better grab it.”

Working with the Coen brothers allowed Corbin to explore his craft without interference or unnecessary feedback. “The Coen brothers just kind of whispered with each other and would say, “Let’s do it again,” and then they seem to be satisfied and moved to another angle,” says Corbin. “I asked Joel [Coen] if they ever give direction and he said, ‘If we cast right, we don’t have to.’ I think that’s one of the smartest things that directors ever said to me.” Corbin says that directors like Tommy Lee Jones, who Corbin worked with on the film ‘The Homesman,’ know exactly what they are looking for as a director, but that’s not the case with all directors. “A lot of times a director is not used to working with actors and they give you a direction that is confusing,” he says. “I was doing a show one time and the director said, ‘OK cut, cut, cut.’ He came over and said, ‘Don’t make that face.’ I said, ‘Well, you hired this face. You don’t like this face? He said ‘No, I just don’t like that face that you made.’ So, I said, ‘Tell me to think some different. It doesn’t help to tell me just not to make that face.’ He said, ‘Well then think some different… all right, action!’ I did the same way and he said that it was great.”

After more than four decades in the industry, Corbin’s approach to projects hasn’t really changed. “Generally, I read the whole script as kind of a novel,” he says. “I read it as a story first then go back and read it again and see where my character fits into the story. And I learned a long time ago that if my character not part of the major plot, I’m probably gonna end up on the cutting room floor. In that case, then they better pay me really well. Then I read it to see what my character beats are and how I change throughout the script. That’s how I do it. There are some actors that just look at their lines and say ‘OK,’ and there are others who try to get into the psychological nature of the person that they’re playing. Like I said, I try to play it closest to me as I can.” While Corbin’s approach has remained the same over the years, the process will vary based on the medium. “With stage, you get the rehearsal period, which is helpful. You get to know each other. A lot of times in a movie, you don’t know who you’re performing, and while you might have seen their work before, you don’t have a real relationship, so you’ve got to build that relationship real fast. Sometimes it’s successful and sometimes it’s not.”

With nearly half a century of stage, film, television and voice-over work under his belt, Barry Corbin says he does not prefer one medium over another. “It’s all pretty much the same process for me,” he says. “James Cagney said it best. He said, ‘Walk in the door, plant your feet and the truth,’ and that’s basically what I try to do.”

8 thoughts on “Deep in the Heart of Texas: A Discussion with Barry Corbin”