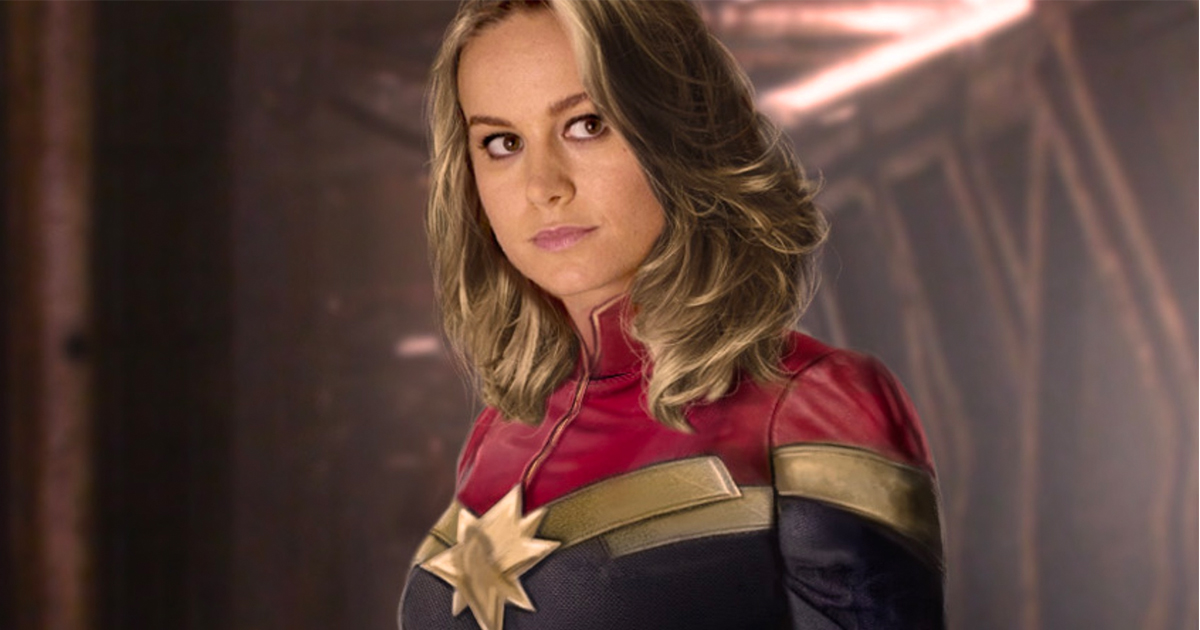 The Marvel Cinematic Universe’s most powerful superhero makes her debut in Captain Marvel, a fine origin story that primes audiences for the looming events of The Avengers: Endgame.

Get ready Thanos, she’s coming for you.

Audiences have patiently waited for Carol Danvers ever since the Captain Marvel movie was announced a few years ago. The penultimate film in the MCU’s Phase 3, it has the unenviable task of establishing the character of Captain Marvel, showing us why she is so powerful, and simultaneously giving fans a glimpse of what to expect in Endgame and the future of the MCU. Captain Marvel succeeds on mostly everything it sets out to do and is a wonderful addition to a now 22-film story arch. It stumbles at times, but consistently does one vital thing: it always gets back up.

It has been some time since Marvel has introduced a superhero with an appearance in their very own movie. Black Panther and Spider-Man both had their introductions in Captain America: Civil War, teasing audiences by giving them a taste of each character’s respective MCU versions before giving them their own feature films. Though she was teased in last year’s The Avengers: Infinity War, we had never seen the character on screen until now. Brie Larson joins the long list of impressive names to appear in the MCU. Her passion for the role is evident, bringing a certain swagger to the character that helped establish Danvers’ human side while setting the tone for her persona.

The movie’s first act is a bit of a mess at times, as it jumps all over the place while failing to find itself on solid ground. It can be a bit confusing, to say the least. There is a clear moment before the end of the first act when everything comes together, and the movie’s plot begins to feel a cohesion that was lacking previously. It doesn’t explain to us who Danvers is, nor her motivation in a way that say, 2016’s Doctor Strange did with the titular character there. There’s a reason for it, but it doesn’t help the film to establish any momentum out of the gate and feels like it picked up in the middle of a story. Danvers is certainly a good character, but I’m not quite to the point of feeling attachment to her like I do with someone like Black Widow. I understand Black Widow’s fears, her history, her reason for doing what she does. Overall, Captain Marvel could have benefited from an additional few minutes here and there to more fully realize and round out the story.

Larson’s very presence in the movie helps to erase the sins of the unfocused first act. Her character’s overall persona and general feel is not one that we’ve seen in the MCU to date. In a universe with a roster full of explosive personalities, it’s quite remarkable to add one that is instantly identifiable as unique. Danvers is feisty, confident, and quick witted. She represents elements of what we’ve come to love in Tony Stark and Steve Rogers, but distances herself as a presence that commands respect and attention in a different way. It’s exciting to ponder what Larson will bring to Endgame and the rest of her adventures throughout the MCU.

A few prevailing elements come to mind when recalling Captain Marvel as a whole. One of them is nostalgia. The movie is a prequel of sorts, becoming the oldest story chronologically, second only to Captain America: The First Avenger. Set in the 1990s, there’s no shortage of visuals and sounds that won’t let you forget when the story takes place. Blockbuster, the original Gameboy, and a Fonzie lunch box (which intricately ties CM to 2012’s The Avengers) are just a few of the sights you’ll see, while a wonderful soundtrack with songs from the likes of Nirvana & No Doubt (I’m Just A Girl just became even more epic) complete the authentic feel. Well-timed jokes and references to modern technology of the time (AOL, load times for CDs, and of course, pagers) have that Marvel sense of humor all over them.

Second is the buddy cop dynamic of Danvers & a young Nick Fury (Sam Jackson). This is by far the most screen time for Jackson in any of the Marvel films and provided a chance for the not-so-secret-agent-like Fury to shine. Fury has a personality that is laid back and simply put, fun. His rapport with Larson is top notch and brought a deeper level of endearment to an already respected character. Of course, his rapport with Goose the Cat is even better.

Ben Mendelsohn’s role as Talos is his best in any film to date, and that includes his time as Imperial Director Krennic in Rogue One: A Star Wars Story. If you want to talk about a character with depth, look no further than Talos. Mendelsohn’s presence is instantly recognizable, and provides a large portion of the film’s comedic elements through a dry humor that is much more subtle than the humor we’re used to seeing in Marvel & Star Wars films these days.

In a way, it’s kind of amazing that we haven’t seen Jude Law in a Marvel movie until now. It was worth the wait. Law’s character arch is tied to Mendelsohn’s in a way that was cleverly devised. Elsewhere, old friends from Guardians of the Galaxy Djimon Hounsou & Lee Pace reprise their roles as Korath & Ronan, respectively, while a CGI-manipulated Clark Gregg returns as a young Agent Coulson. Both Coulson & Gregg appear a little too animated at times, though the younger version of Nick Fury works seamlessly.

Captain Marvel does suffer from a touch of predictability from time to time, and there are no moments that jump out that put the audience on the edge of their seat. Danvers’ ascent from skilled combat fighter to flawless hero felt rushed. We see moments of emotion and humanity that raise the level of the audience’s reverence towards Danvers, but not nearly enough of them. Danvers never feels vulnerable or in danger. It’s the same problem that DC runs into with Superman. Additionally, there are moments when the dialogue falls flat, which is generally a relative strong point in MCU films. It’s either cause of a brief lapse in writing or direction, or perhaps a bit of both. I do want to stress that any gripes I have listed are minor in nature. We’re talking about a Marvel movie, which carries lofty expectations (and meets them on almost every level).

One thing that Captain Marvel improves upon from prior MCU movies is the visuals. In some cases, space setting visuals have been inconsistent and lacking, creating a blur of colors that don’t compliment each other very well. Anything space related in CM is crisp and gorgeous, with a level of refinement and polish not previously seen (unless we’re talking 2014’s Guardians of the Galaxy).

Remarkably, and despite its moments of predictability, the story will likely surprise you. I can’t get into details without spoiling the plot, but the film takes an approach that borrows heavily from the comics while simultaneously taking a new trajectory for established tropes. It works to the film’s advantage and shows a level of clever writing that gives the primary characters a human touch, even if they may not be human themselves.

Captain Marvel is an origin story that set out to accomplish quite a bit. It isn’t perfect, but it didn’t have to be in order to enjoy it as much as I did. Like Carol Danvers herself, the movie falls down at times, but always gets back up. Danvers is a wonderful character that has a good head start on what is hopefully many more years of movies set in the Marvel Cinematic Universe. If I were Thanos, I’d be shaking in my boots, knowing that a Captain Marvel-led Avengers will be knocking on my door.

+ Brie Larson’s Captain Marvel is yet another impressive character with a big, unique personality.

+ Plot twist that was legitimately surprising.

– Corners were cut with character development.

(This review was originally posted on TheGeekiverese.com)

Josiah LeRoy is The Geekiverse’s founder and arguably, its biggest MCU fan. He’s counting down the days until Endgame and is hoping that the Black Widow movie is the first one to release after Spider-Man: Far From Home.