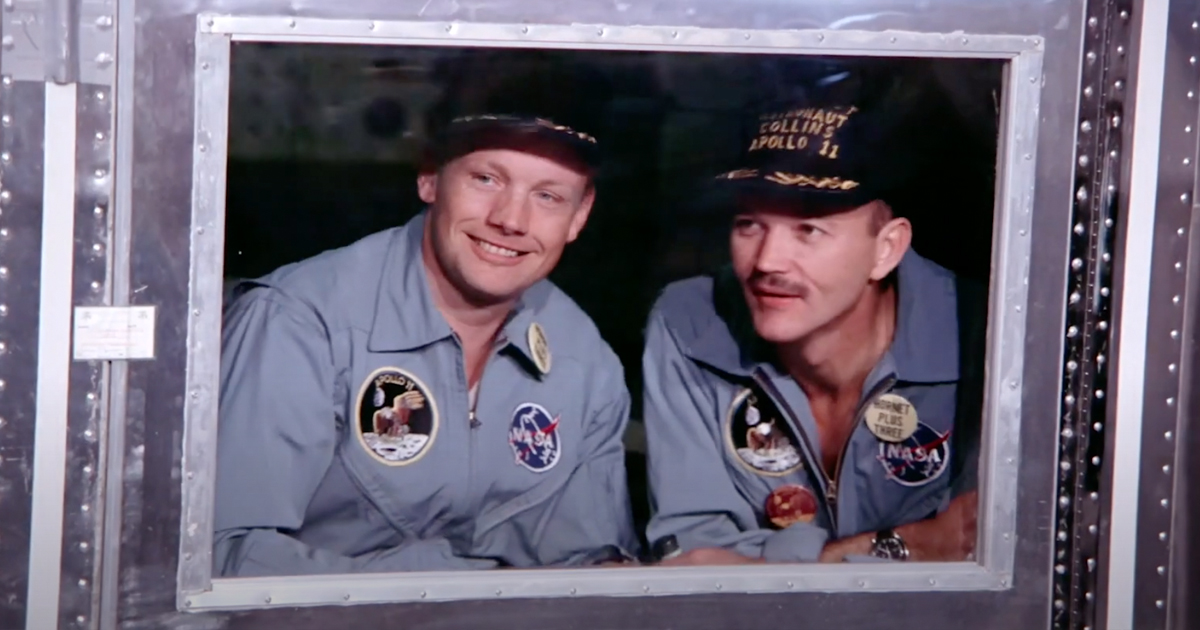 In 2019, Todd Douglas Miller rocked the documentary world with Apollo 11. His unique approach to the material rocketed his film to critical acclaim: Peabody Award for Best Documentary, multiple  Critics Choice Awards, and a few Emmys – as well as box office success. Miller now has his next masterpiece, a follow-up film with Apollo 11 Quarantine; a documentary short that continues the story of one of the greatest space adventures returning back to Earth. 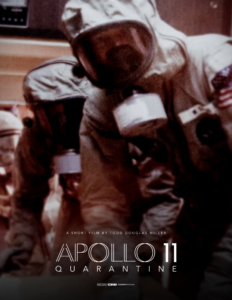 What is a perfect film? The answer is so subjective it’s practically meaningless, but for my money, 2001: A Space Odyssey is damn near close to perfection. Kubrick managed to capture a story that blows my mind visually with the vastness of the universe and intellectually with the depths of human experience, yet the film never attempts to explain itself. All meaning and themes are left up to the audience to project onto the material.

Here’s Kubrick summarizing his approach: “If you really want to communicate something, even if it’s just an emotion or an attitude, let alone an idea, the least effective and least enjoyable way is directly. It only goes in about an inch. But if you can get people to the point where they have to think a moment what it is you’re getting at, and then discover it, the thrill of discovery goes right through the heart.” ― Stanley Kubrick

This is why I love cinema. And, this is why I consider Apollo 11 to be the perfect documentary. Todd Douglas Miller achieves in the documentary format what most filmmakers aspire to but very few actually achieve. He recreates the incredible journey of the Apollo crew and the veritable army of engineers that enabled humankind’s first steps on the moon. By assembling hours upon hours of NASA’s archival footage (including gorgeous unreleased 70mm film) it places the audience as a passive viewer on this remarkable achievement. Devoid of any narrator, we are forced to interpret the events unfolding before us without any compass but our own senses.

“For me, personally, it’s just an aesthetic that I enjoy,“ says Miller. “It’s kind of a throwback to the large format films of the 50s & early 60s in what would become IMAX in the 70s. I like to experience Cinema.”

Accustomed to concise editing on a documentary of this subject, Miller intentionally slows down the momentum by inserting long takes of raw archival material as we walk through mission control, or we spend time with the crowd of on-lookers at the Cape Kennedy Press site, dressed in their 60’s fashion, standing on top of RV’s or lounging in their beach chairs. We are never told why what we are seeing is significant, or awe-inspiring. Miller allows the pictures and events to speak for themselves. The newscasters of the era interview the flight crew.  We hear the chatter of mission control communicating with the intrepid explorers.  Even the banter back and forth between astronauts can be heard as they descend the lunar module’s ladder onto the moon’s surface; their booted feet touching down on a heavenly body for the first time.

“For this film, dealing with archival material, one way to bring it to life is to just let people experience it, “said Miller. It didn’t hurt that Miller had access to cutting edge (at the time) imagery and newly discovered 70mm film.

Many of these images are seared into our collective consciousness, like Neil Armstrong’s words upon touching down on the surface, “one small step for [a] man, one giant leap for mankind,” but the presentation still left me transfixed. We view Armstrong descending the ladder from the cockpit, filmed by Buzz Aldrin through a dust-covered window. It was like witnessing the events for the first time. 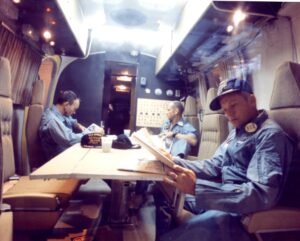 What’s next for Todd Douglas Miller? It turns out, we have a pandemic to thank for a short sequel: Apollo 11: Quarantine. Like many of us independent filmmakers, Miller’s projects in development ground to a halt because of Covid-19. He was in the process of delivering material and footage back to the National Archives and NASA. While reviewing reels on the 21-day quarantine procedures the Astronauts had to endure after returning to Earth, Miller saw an eerie parallel to society’s current predicament. As the months dragged on, the racial justice protests and the election loomed, Miller’s short 5-minute procedural on the Apollo 11 quarantine process grew into something bigger, more meaningful, and more resonant with current events. So, Miller got the team back together.

“The word science for some odd reason has become a bad word, it seems like,” said Miller. “I hope that this film reinforces that whole importance of what science can do; following procedures for the betterment of all.”

Watching Quarantine on its own may seem somewhat tame compared to the grandiose footage of the rocket launch and moon landing of the previous film. Miller’s “Direct Cinema” approach may be a turn off to some audiences who would prefer explanation and context, especially on this subject matter that appears highly technical and detailed. For science and cinema nerds like me, Quarantine is a fascinating peek into an era that has been mythologized and worshipped for decades with movies like The Right Stuff and First Man, now presented mundanely intimate with shots of Neil Armstrong and Buzz Aldrin waving from inside a sterilized RV or the engineers celebrating a birthday with them in isolation. For casual viewers, Quarantine may seem more like the extras on a Blu-Ray, which I assume will be the eventual home for the two films (and of which I will eagerly purchase). 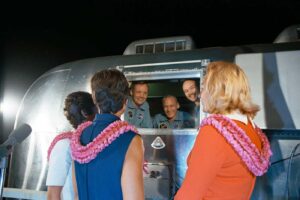 Apollo 11: Quarantine is available exclusively in IMAX on January 29th and on Premium on Demand on February 5th. I highly recommend viewing Apollo 11 first on the largest screen available at home and crank your speakers to 11 to fully appreciate the haunting score by Matt Morton and the understated, yet effective, sound design by Brian Eimer. Then follow up the viewing with the Apollo 11: Quarantine to fully get your space-age fix.

“We spent a long time testing on IMAX screens,” said Miller. “I encourage everyone to view it on as big of a screen as you possibly can.”

I personally can’t wait to get my vaccine. Hopefully, by then, Apollo 11 and Apollo 11: Quarantine will still be in IMAX theaters to experience the films in all their IMAX glory. I have a feeling both will be regular programming at most science centers and IMAX theaters for years to come.

Check out Apollo 11: Quarantine in IMAX theaters now & on VOD on February 5th.