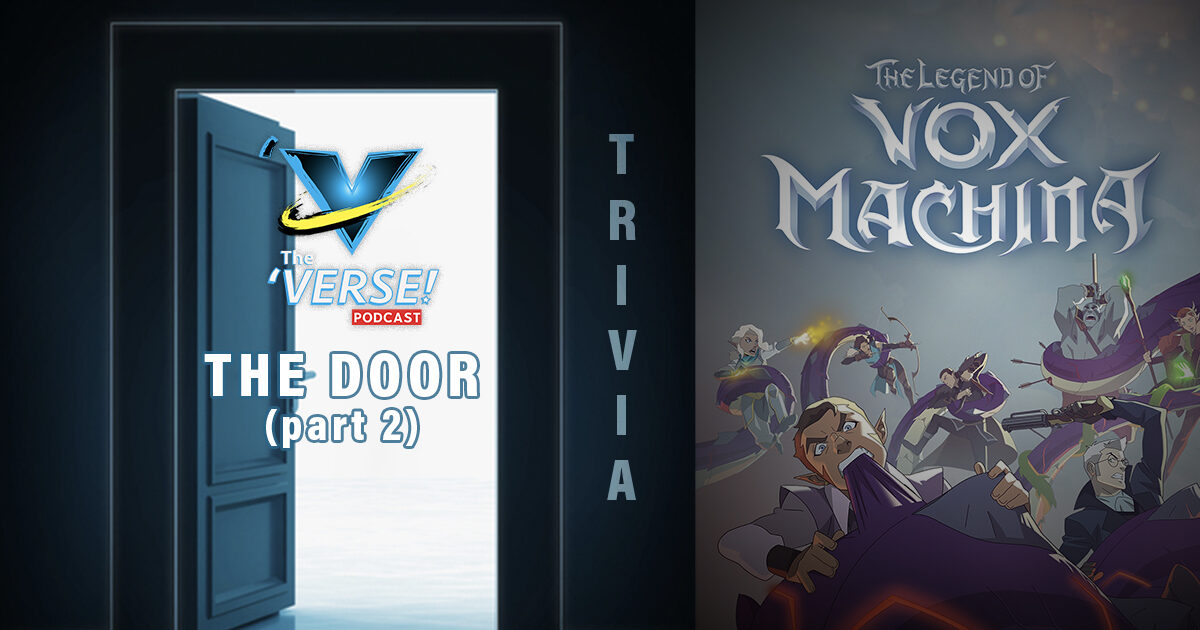 If you have been following The ‘Verse! you understand that in addition to covering some of the best content from across the cinematic universes and interviews with some of the most talented people in the industry, we are also are involved with some fun adventures through space and time.

We recently discovered The Door on our ship. It offers infinite possibilities including… a trivia game. How original. Listen as The Squad competes against all odds to win a game of cinematic universe trivia. This is not your basic podcast’s trivia game. (If you have not listened to it yet, we recommend listening to at least episode 43 to catch up.)

We also review season one of Amazon Prime Video’s The Legend of Vox Machina, a bawdy but deeply dramatic fantasy adventure originally based on a Dungeons and Dragons campaign. This series holds a special place in our hearts as the inspiration for the squad’s own D&D game. If you have not watched yet, you really should do so.

Make sure you listen and share as this may be your last chance to hear from the squad with all their limbs intact. Follow us on Twitter @TheVerseCast where we post news, announcements about the pod, and collect listener questions.

If you stick around after the credits, there’s always something worth listening for after the show.