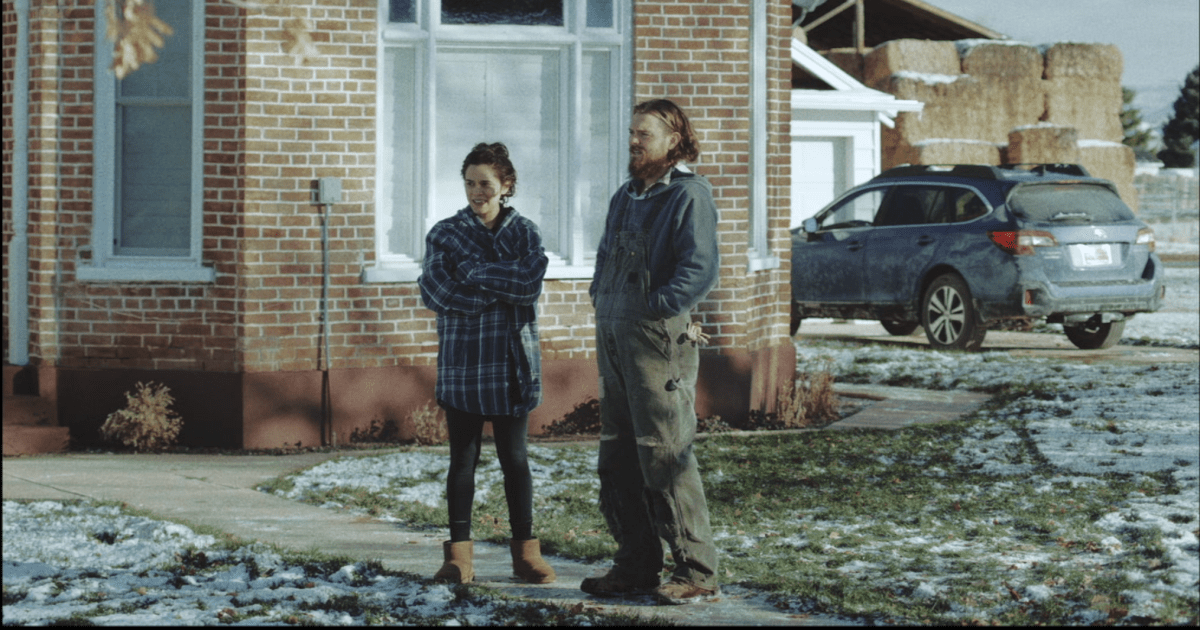 This article, written by our critic Steven Prusakowski, was previously published on our sister site, AwardsRadar. Be sure to check them out for film, TV, and awards coverage, celebrity interviews, and reviews.

A distraught man (Clayne Crawford) is standing over two sleeping lovers in bed, trembling with anger, pointing a loaded handgun at their heads as if waiting for the courage or the excuse to pull the trigger. When a film titled The Killing of Two Lovers begins with a gutsy scene as unnerving/rattling as this you question what you will see going forward. It sets the gloomy sunken tone that haunts the film even in its brightest moment. Robert Machoian‘s film is a raw and piercing study that plays by its is own rules while delivering on its promises in a subversive way. With this opening scene, he elevates the tension level up to high. It is as if he turned all the gas burners filling the room with potentially explosive gas, then walked away, leaving us in constant anticipation that this thing is going to blow.

For that reason the film often possesses different vibes, a family drama, a love story, a mystery, a horror film. We never quite know where our loyalties lie as we watch the relationship between David (Crawford) and Nikki (Sepideh Moafi) go through a series of struggles that are as painfully uncomfortable from the outside as they must be on the inside.

They have decided to temporarily separate, working at their marriage while dating others. Their marriage is dead but they either are in denial or just don’t know it yet. Like a plank of wood gutted by termites the outer shell is there but the innards have been eaten away. What remains is hallow, only looking like a marriage in part because of the existence of their four kids. David and Nikki say they love each, share a few laughs and even some tender moments but there is something more at play here.

We get glimpses of it throughout as Machoian (who directed, wrote, and edited the film) avoids convention with just about every step. He attacks it with agency. Establishing a uniquely unsettling atmosphere that could only exist on film (or possibly the page if handled by a gifted writer) by someone willing to take chances. He sets creates a film that shares the qualities of an indy film or even a student film (in the best ways) uninhabited by expectations. Decisions are made with confidence and and what he left on the screen works.

The film is shot in 4:3 aspect ratio a tight, constricted frame that locks us in David’s world, in his head even. It is a place we cannot escape – witnesses to the disintegration of a marriage and a man. Even as Cinematographer Oscar Ignacio Jiménez‘s use of wide shots and long takes create a distance between us, the frame always lingers with David close by. The camera is often stationary with the subjects entering the frame, never adjusting as if it were waiting for him. We are kept at bay in an almost frustrating way sometimes yards away from the conversation – essentially we are eavesdroppers.

At first I thought this was lazy filmmaking but there is more at play here. The lens captures the beauty of picturesque settings juxtaposed against is this broken man. It is the opposite feeling I had with Minari where the love between characters transformed an appealing industrial setting into something beautiful.  It is made even more effective with the muted tones that seem to represent the vivacity drained from the marriage and the man. There are some subtle adjustments/placements of the camera that reveal even more. Whether it is a tight close up, a soft focused subject or move that from a previously locked down shot – there is intent here. It heightens the intensity and provide clues to the ‘mystery.” Long takes let us observe and assess the subtleties of the situations instead of telling the viewer where or what to look at.

The sound design is also undeniably sculpted. Little music is used at all holding us in moments of near silence – and what should be tranquil sounds of the world – the wind, a passing car, the distant mooing of cow are deafening when expressing David’s emptiness. Then out of nowhere, like so much of the film, it becomes piercing – not in a pure auditory way, but rather in what it is conveying. Like a stake being driven into your head as Nikki’s new lover, Derek (Chris Coy) is doing to David and their relationship. Machoian hits us with moments that expose the ‘noise’ inside David’s head. Rage, pain, anger, sorrow, jealousy delivered through both abstract and familiar sounds – some which are threatening like that of a gun being loaded. It transforms a shot of a many running down an empty street from harmless to menacing. It cannot be ignored or avoided, it immerses us in his existence.

This film’s risks taken work because of the brilliant work of Clayne Crawford. His physical appearance is a far cry from the ultra-clean cut look he sported as Ted, on Rectify (a show that near tops the list for best shows of this century – if you have not watched, you must hunt it down). His outward appearance is that of a many that many who is struggling. Here he is grisly, sporting a long disheveled beard with sensitive eyes peering from behind the mess, frequently emoting the inner struggle that is chewing him up.

He delivers a natural and devastating performance. A man who is unable to come to terms with the reality of the situation, clawing in desperation. Crawford and Moafi’s chemistry is believable to the point of uncomfortable. Another standout is Avery Pizzuto‘s sobering work as their daughter, Jess. She provide another perspective of it all stripped away of the complexities of the marital relationship. As her world crumbles she, unlike her younger brothers, she recognizes the weight of the situation and fights in vain to hold things together. It is heart wrenching.

The Killing of Two Lovers is anything but simple. It is powerful, thoroughly crafted filmmaking under the guise of something much simpler. We are lead through lives of a family teetering on the edge with a guide we cannot fully trust. It is tightly wound storytelling that never eases its tension from start to finish. The emotional elements unfold with deliberation and land with a traumatizing authenticity. In the end, it left me feeling numb from what transpires on screen unsure what to feel or who to support. Like David though, my uncertainty feels a bit more like denial.

The Killing of Two Lovers is playing in theaters.

‘The Killing of Two Lovers’ is a tense and often uneasy watch that takes us into the world of a man whose life seems to be disintegrating. It is stylish but muted, revealing many details in the subtlest of ways.