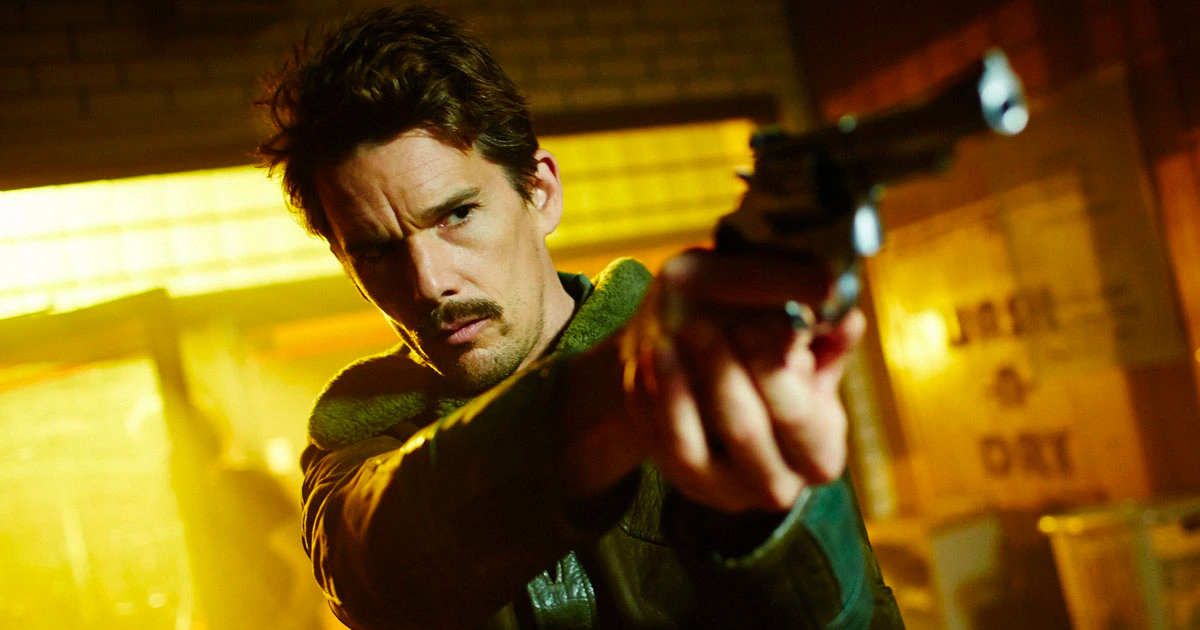 While science fiction literature from the early to mid twentieth century was filled with cautionary tales about time travel, many films have treated the subject matter a bit more lightly. Movies like Back to the Future, Bill and Ted’s Excellent Adventure and Hot Tub Time Machine have touched on the comedic possibilities, while the romantic aspect of time travel was explored in movies like Kate & Leopold and The Time Travelers Wife .

But while films like Frequency, Twelve Monkeys, Looper, Déjà Vu, Primer and Los Cronocrímenes (Timecrimes) have successfully explored the reality bending perils, and potential horrors, of time travel, nothing compares to the Spierig brothers’ new film Predestination . Based on the fantastic short story “-All You Zombies-“ by the great Robert A. Heinlein, it is one of the most twisted, mind bending time travel films ever made.

There isn’t much that can be said about the film without giving too much away. Ethan Hawke stars as a Temporal Agent who is tracking down a criminal through time that has so far eluded him. Hawke is great as usual, but the film is carried by Australian actress Sarah Snook, who has the daunting task of bringing incredible believability to a very complex character. A lot of what unfolds in the story would normally require some suspension of disbelief, but Snook plays it so convincingly well, that very little belief needs suspending. The role could have easily been played to a stereo type, but instead Snook grounds the character, which given the role, could not have been as easy task.

Very little was changed from the original story, and in fact, much of the original dialogue made its way into the screenplay. The story can be found online here, but I would recommend skipping it if you don’t want one of the best reveals to be ruined for you. Even if you can see the ending coming, having read the story, I can say it is still incredibly engrossing to watch it play out.

As previously mentioned, time travel stories tend to vary in tone.  Some of the best fall closer on the horror ends of the spectrum, and while Predestination doesn’t quite fall into that category, it is still not one that takes the subject lightly.  If you’re looking Time Cop, you’re not going to find it here.  Predestination is smart, well acted, and wonderfully shot, and has earned a spot as one of the best time travel films ever made.

“Predestination” is smart, well acted, and wonderfully shot, and has earned a spot as one of the best time travel films ever made.